All under one roof: Inside The Roofing Center of Brevard, Hippo Roofings new location

Hippo Roofing’s signage has been a signature of US 1 for years. Though the roofing company will be remaining on US 1, Hippo Roofing will be taking its sign and moving it up the road, where it will adorn the building of the Roofing Center of Brevard.

The Roofing Center of Brevard will be a 13,000 square foot service building complete with metal, shingle, tile, solar and metal fabrication services, among other roofing needs you may require. This new center will not only house Hippo Roofing, but also Pit Crew Roofing & Repair, Roofing Inc. and Metal Roof Outlet. The idea behind the operation is to provide the people of the Space Coast with any service they may need, under one roof (no pun intended).

“Before [the Roofing Center], we were in two separate buildings,” shared Bill Stillwell, owner of Hippo Roofing. “To have people separated is an issue, so I decided to acquire all this space.

For Hippo Roofing, the main goal was to have every member of its team together in one building. With the Roofing Center, that goal is being far surpassed.

“If somebody wants a metal roof, a tile roof, a shingle roof, gutters, a fascia roof or solar, this is where they’ll come,” continued Stillwell.

I drove over to the new center to meet with Stillwell and talk more about the new operations. Before giving me too much detail, he took me on a grand tour of the center, and I was both shocked and impressed by just how large the building was.

The first area that Stillwell showed me was, what will be, the training area. He explained that there will be a whiteboard, circular tables and a television set up for those coming into train, whether it be for production, sales or any other department within the roofing company.

He then took me to see the manufacturing area. This manufacturing area will contain large machines that will be setup to build, “Metal hip and ridge; valley; and drip edge and all that kind of stuff,” shared Stillwell. “So, we’ll produce that ourselves.”

After showing me the manufacturing space, Stillwell took me to meet the other roofing companies present in the building. The first company he introduced me to was Pit Crew & Roofing, which is owned by his daughter, Brittany Cherup, and son-in-law, Adam Cherup.

Upon meeting Brittany and Adam Cherup, I immediately wanted to clarify the benefit of having multiple contractors under one roof. After all, aren’t these companies competitors?

“We do mostly repairs whereas [Hippo Roofing] is mostly metal,” shared Brittany Cherup. “I’d say, 20% of the time we duplicate each other, the other 80% of the time we’re bidding on different things, so it never really matters.”

Cherup and Stillwell explained that, though they share a familial relationship, the businesses have no relationship to each other. This, coupled with the fact that the specialties of the companies overlap, allows this whole operation to run smoothly.

“[The building] really helps the customers,” continued Cherup. “When people call and I can’t help them, I can send them [Hippo Roofing’s] way. I’d rather send a client to someone who is reputable than someone I don’t know.”

With her comments in mind, I began to understand the convenience of having one building out of which companies of different specialties can operate. If the roofing company you first go to can’t help, that’s okay! They can send you down the hall to somebody who can. Owning a home and making repairs is time consuming enough, this roofing center takes some of that stress off your back.

Stillwell shared with me that, upon moving in, the building was very “industrial.” So, he and his team had to spend over a month remodeling the interior. “We had walls to build, doors to find, layouts to do … all the things you have to do in order to make the building operational.”

Hippo Roofing has also had to have equipment shipped from different parts of the country, which has required Stillwell to travel. Still, though the Hippo team has been working tirelessly on the new space, Hippo Roofing’s operations haven’t stopped. Clients will know that the team at Hippo Roofing has still been helping homeowners with their roofing needs.

The center will have its grand opening in November around Veteran’s Day, an homage to the veteran-owned company. Until then, you can still count on Hippo Roofing to help you take care of your home. 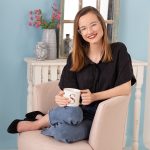