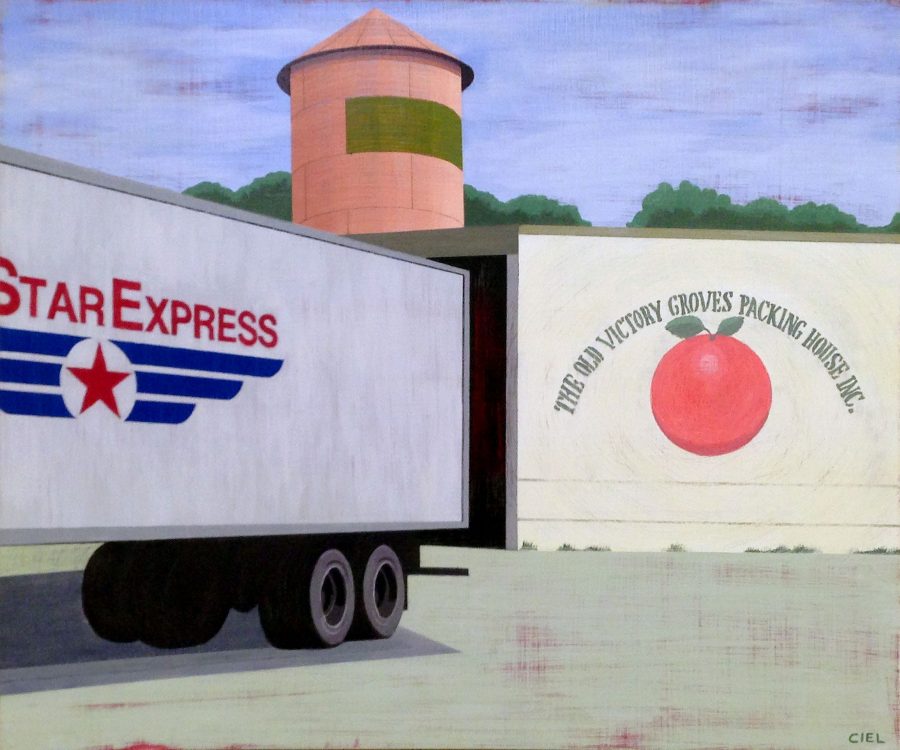 John Cielukowski: Artist of the Month

The Studios of Cocoa Beach introduces its November Artist of the Month, John Cielukowski.  John’s acrylic paintings feature vintage amusement park scenes, farm animals, domestic and feral felines and industrial landscapes.  John says,
”I focus on painting what interests and fascinates me. I also try to promote awareness of animal welfare issues with my feral cat and farm animal paintings.

John donates his work to local organizations such as The Brevard Achievement Center, and The Space Coast Feline Network, as well as national organizations like Farm Sanctuary for their fundraising efforts.

John received a BA in Fine Arts from Montclair University in New Jersey. He  studied at the School of Visual Arts (SVA) and The Art Students League in New York City. John is a the founding members of the Studios of Cocoa Beach. He is also an active member of the Central Brevard Art Association (CBAA), where he is one of the Directors of their “Art in Public Spaces” program.

A giclee print of John’s painting “Red Star Express” will be the prize in the Studios monthly giveaway.  To enter this free drawing, visit the Studios any day in November. John’s work can be viewed during the Studio’s regular hours. Located at 165 Minuteman Causeway in downtown Cocoa Beach, the Studios is open  is open Monday and Tuesday  10:30 a.m. to 3:30 p.m., Wednesday through Saturday 10:30 a.m. to 8:00 p.m. and Sunday 11:00 a.m. to 4:00 p.m. For more information about exhibits, artists and workshop schedules, call the Studios at 321-613-3480 or visit  www.studiosofcocoabeach.org.