49 years ago, cars were much simpler,” Mike McHenry, advertising and marketing manager at Gatto’s Tire & Auto Service told me: You would have gotten your oil changed every three months. You would have shared the road with “The Big Three” of Ford, GM and Dodge, rather than Toyotas, Jaguars and other foreign cars. And you could have shared transmission, radiator and other fluids with any car around you, as almost all of them used the same types of fluids.

In the past half-century, technology has improved. Most cars can go nearly a year without needing their oil changed. The Big Three are still a big deal, but cars from England, Japan, China and Germany populate the roads, too. And with this new diversity comes new demands and specifications for car care, unique for each year and make of a car.

“My grandfather right there –” McHenry pointed at a framed photo on his desk of Mike Gatto – “He founded the company in 1971. We started out with just tires –simple stuff. Over the years, we’ve gotten more into maintenance and repair. Now we do full diagnostics.” Even though Gatto’s has grown to accommodate the increasingly complex demands of auto care, the company itself remains a simple, honest family business committed to sensible car care for all car owners.

1. Air up your tires regularly.
Tire manufacturers recommend getting your tire pressure done once a month, although McHenry contended that several times a year is reasonable. Keeping your tires at the right pressure extends tire life, improves fuel mileage and helps your car handle properly. All you have to do is pull up to the bay of your nearby Gatto’s and the ASE-certified technicians will air up your tires for you for free, no purchase necessary. “We really want you to get the most life out of your tires and air pressure is one of those things out of all the things you think about that’s probably the easiest to fix,” McHenry said. “Just one simple thing like that can have a lot of benefits for you.”

2. Be aware of what needs to get done at what mileage.
What is the easiest way to do this? Get a full diagnostic. When the technicians at Gatto’s change your oil, they’ll also give you an update on anything your car might need soon. “We check your fluids. We check your filters. We air up your tires for you,” McHenry explained. “So, we might let you know, ‘Ok, you’re driving a Ford Focus, and based on what Ford recommends, next time you come in for services, this is what you need to get done.’ We give you a list so you can plan.”

3. Keep your car care with a local, family-owned business.
“A lot of places, they know they’re probably only going to get you in there one time, they try to get all the money out of you in one time,” McHenry said. Unlike a chain auto service company, Gatto’s values the local community and refuses to pressure customers into making purchases. Instead, Gatto’s employees first inform customers on what’s going on with their car, then offer advice on how to go forward. “27 years ago, when I started, and even 50 years ago when the company started, it was always, whatever the customer’s needs are, that’s what you can communicate to them, and then let them decide,” McHenry explained. “We really want your business for life. Not only just you, but your family, your kids.” Another perk of a long-established family-owned company is that, even though they’re based locally, Gatto’s carries parts for any car at any price point just as if they were a nationwide chain.

After introducing me to Gatto’s President Pam Gatto (McHenry’s mother) and Gatto’s Operation Manager Scott McHenry (his brother), Mike McHenry led me out to the bay, where he pointed out an enormous pickup truck parked at the far end. It’s his new ride, a 2019 GMC, lifted up.

Tricked-out trucks are a very southern trend, and one that McHenry, a self-proclaimed “car guy,” is totally on board with. In addition to lift kits like the one McHenry used on his truck, Gatto’s also offers rim and tire packages as well as other truck accessories. “That’s kind of a little niche thing for us,” McHenry said.

Besides its impressive appearance, McHenry’s truck is an essential tool for a local business with multiple chains across Florida. Say your Mini needs new tires, so you bring it in to the Melbourne Gatto’s. The Melbourne branch may not have the right tires for a Mini, but the Palm Bay branch does. McHenry can drive to the Palm Bay branch and carry the tires back to you in the bed of his truck. “You’re not delayed at all, because, in the meantime, while I’m going to get the tires, we can get your car in the shop and start getting the old tires off,” McHenry said. In the meantime, I’m back with new tires from the other store.” 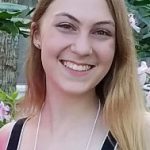