MURDER ON THE SPACE COAST: Shining a Light on Troubling Convictions

by SpaceCoast Living -
Current Issue, From the Editor, News

There is something about John Torres that reminds me of an old-timey, gumshoe detective. Sam Spade, or someone like that. He’s got the self-deprecating humor, for sure. He’s experienced. Thoughtful. And dogged. Man, he digs, and reviews, and researches. And then does some more of that.

Before the first chapter of Murder on the Space Coast aired four years ago, John said he wasn’t really sure what to think about podcasts. The globe-trotting reporter and award-winning columnist for Florida Today has seen a lot. But aside from some video reporting he’d done for the newspaper, he wasn’t paying much attention to social media newscasting.

That all changed rather quickly.

“After a conversation about it with my executive editor [Mara Bellaby] I listened to the podcast Serial on NPR and I was hooked,” he said.

Serial chronicles the story of Baltimore high school student Hae Min Lee who disappeared one day after school, and the subsequent arrest of her ex-boyfriend Adnan Syed, who remains in prison to this day on a life sentence after he was convicted of her murder.

Like readers of a true crime novel, podcast listeners are guided step by step through the story – and specifically, with Murder on the Space Coast, of in-depth reporting, hours of face to face interviews, reviews of crime scene notes, police reports and coroner’s findings, prison visits, and countless phone calls with attorneys, subject matter experts, victims and their families. No stone is unturned. Everything is examined.

According to his boss, Mara: “John does all the hard work reporting, tracking down sources, interviewing them and combing through court documents and audio and plotting the story arc and then each segment. Rob Landers, the podcast producer, works with John to pull it all together into each episode.

My job is…to ask John a lot of questions and brainstorm around what he’s finding. I read his scripts and sometimes we go back and forth. Mostly, I’m the one asking why and what does that mean.”

Through these podcasts, which John researches, writes, produces and narrates, the veteran reporter has found a new way to share the stories borne of his determination and persistence. The words he labored carefully over before final edits at the paper now are used to report on gruesome murder scenes, sordid details of family scandals and sexual aberrations, jailhouse snitches, indictments, alibis, affairs, half-truths, full-blown lies and many debunked theories.

In Season One, John, Mara and Rob chose to report on the Gary Bennett case. Sentenced to life in prison in 1984, Bennett had already served more than 30 years inside when the podcast was recorded. The six-part series revealed disturbing inconsistencies and flat-out red flags, including judicial mismanagement, police malfeasance, and the hiring of at least one dubious “expert”, dog handler John Preston, who was paid to assist police and often given access to police notes prior to testifying against defendants. The “expert testimony” of Preston, who has been widely discredited and labeled a charlatan, helped convict at least two men who, after spending decades in prison, eventually were freed through DNA testing.

In Season Four, the team chronicled the case of Jeff Abramowski, who had been charged with the murder of a 78-year old prescription pill pusher in 2006. According to published news reports, Abramowski’s case was riddled with problems, including the lead detective lying on the witness stand, a lawyer with mental health issues, and a jailhouse snitch who said he was coached on what to say by detectives. Also, there was a lack of physical evidence tying Abramowski to the scene and the release of three suspects whose stories were filled with inconsistencies and contradictory statements.

Murder on the Space Coast has been downloaded 1 MILLION TIMES by listeners all over the globe.

If you listen to the podcasts, a few things settle in as the segments wind through the twists and turns of each case. First, it feels somehow interactive. Listeners really are taking part in the telling, as John invites them along for interviews, ride-alongs, site visits and more. John is careful to point out the things that surprise him along the way, and in doing so, you feel like you’re with a trusted fried through the process.

His editor agrees. “He’s so good at storytelling and bringing readers into his pieces…and with his background in criminal justice reporting, John was a natural to lead our efforts,” Mara said.

After Murder on the Space Coast revealed the contradictions and problematic circumstances leading to the convictions of both Bennett and Abramowski, the two men were approached by new attorneys who have pledged to take their cases back to court in hopes of overturning their convictions.

John is a bit stupefied that the information that seemed so obviously — glaringly — wrong to him wasn’t seen the same way by officers, lawyers and judges work- ing the cases. “It feels great to be a part of this. To shine a light on it,” John said.

It would seem that colleagues in the news industry agree. To date, Murder on the Space Coast has won multiple, high profile first place awards including 2017 Florida Press Club, 2018 Society of Professional Journalists, 2017 Florida Bar Media Award and 2019 Florida Society of Newspapers and Editors.

John says he’s most proud, though, of the 2017 EPPY from Editor and Publisher Magazine, which pitted the Florida Today podcast against submissions from industry giants such as NY Times and numerous California news organizations.

John, who also happens to write the music for the podcasts, clearly has warmed up to idea of podcasts. Murder on the Space Coast has been downloaded 1 million times by listeners all over the globe, and it looks like there’s no end in sight because there will always be another case to examine, another reason to take a second look.

“I love my job and I’ll keep doing it for as long as they keep paying me to do it,” John said. 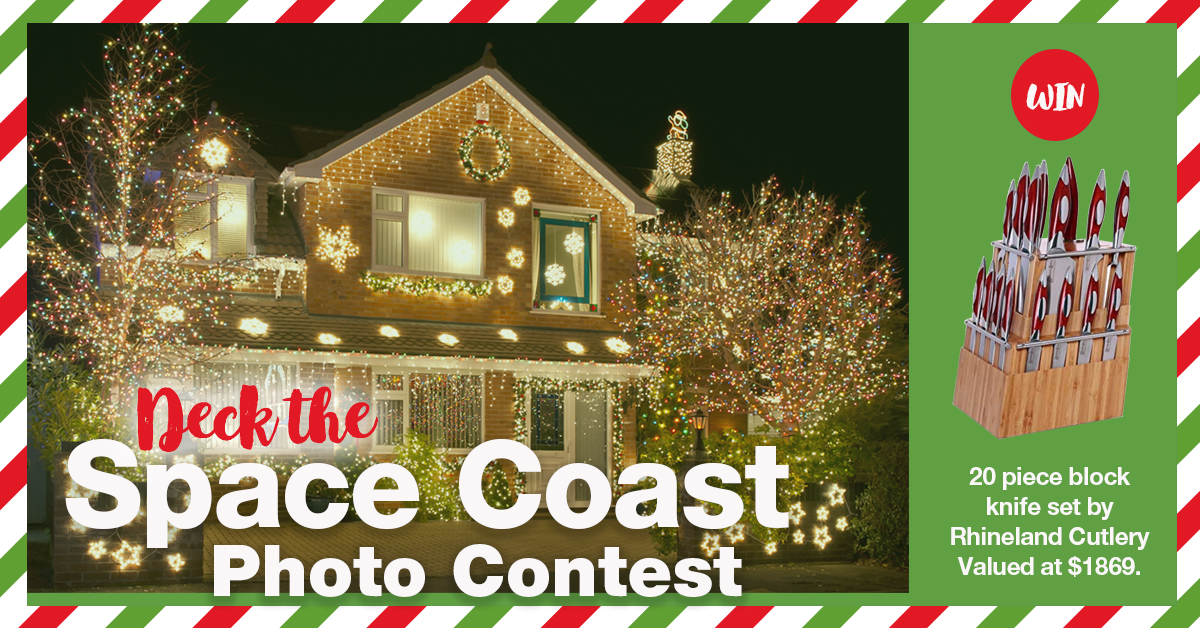